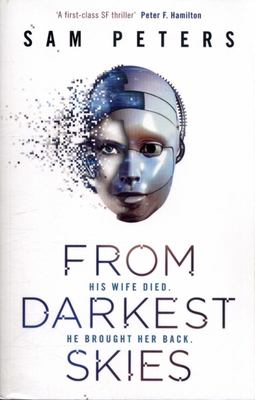 After a five year sabbatical following the tragic death of his wife and fellow agent Alysha, Keon Rause returns to the distant colony world of Magenta to resume service with the Magentan Intelligence Service. With him he brings an artificial recreation of his wife's personality, a simulacrum built from every digital trace she left behind. She has been constructed with one purpose - to discover the truth behind her own death - but Keon's relationship with her has grown into something more, something frighteningly dependent, something that verges on love.

Cashing in old favours, Keon uses his return to the Service to take on a series of cases that allow him and the artificial Alysha to piece together his wife's last days. His investigations lead him inexorably along the same paths Alysha followed five years earlier, to a sinister and deadly group with an unhealthy fascination for the unknowable alien Masters; but as the wider world of Magenta is threatened with an imminent crisis, Keon finds himself in a dilemma: do his duty and stand with his team to expose a villainous crime, or sacrifice them all for the truth about his wife?